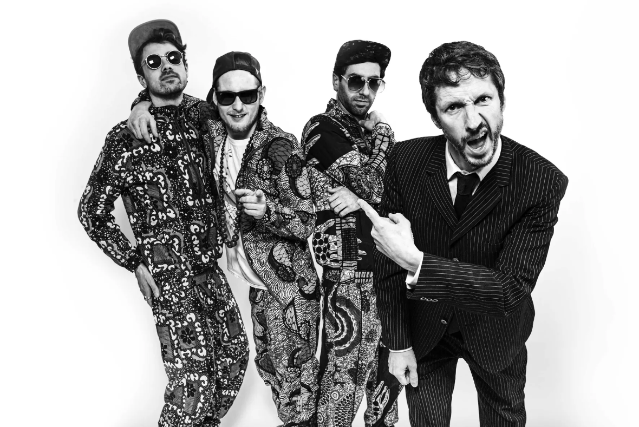 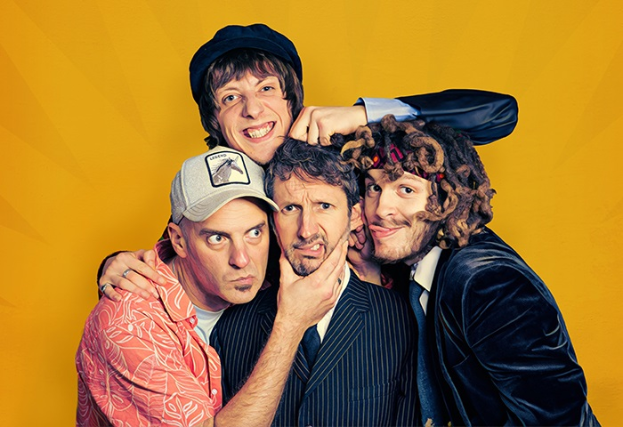 Drum and Bass MC turned singer songwriter Billy Rowan, aka The Undercover Hippy, is definitely not your average singer songwriter. His music brings together soulful vocals, infectious reggae rhythms, and the lyrical delivery of a skilled mc. Starting out as a solo act in 2007, he has since teamed up with some fantastic musicians and performs as a four piece, mixing guitars, keys, drums, bass, and backing vocals to create a high energy, interactive and highly entertaining live show. Combining intelligent, provocative lyrics with dangerously catchy hooks and a feel good groove, this is music for the thinking man to shake his arse to. Think Natty meets Eminem…on a protest march…at the Edinburgh Fringe.

"About as real as music gets" - Andrew Marston, BBC Introducing

“Truly electrifying... delivers big, weighty messages with an optimistic and entertaining light-heartedness” - On The Beat

“Like the love-child of Steel Pulse, Kate Tempest, and The Sleaford Mods” - Tom Robinson, BBC6Music

“Politically charged reggae that sticks two fingers up to the powers that be” - Fresh On The Net, Christopher McBride

"Combining intelligent, amusing, and often politically charged lyrics with dangerously catchy hooks and a feel good groove, this is music for the thinking man to shake his arse to. Think Jason Mraz meets The Cat Empire...on a protest march...at the Edinburgh Fringe" - Music Mafia

This website uses cookies to improve your experience while you navigate through the website. Out of these, the cookies that are categorized as necessary are stored on your browser as they are essential for the working of basic functionalities of the website. We also use third-party cookies that help us analyze and understand how you use this website. These cookies will be stored in your browser only with your consent. You also have the option to opt-out of these cookies. But opting out of some of these cookies may affect your browsing experience.
Necessary Always Enabled
Necessary cookies are absolutely essential for the website to function properly. These cookies ensure basic functionalities and security features of the website, anonymously.
Functional
Functional cookies help to perform certain functionalities like sharing the content of the website on social media platforms, collect feedbacks, and other third-party features.
Performance
Performance cookies are used to understand and analyze the key performance indexes of the website which helps in delivering a better user experience for the visitors.
Analytics
Analytical cookies are used to understand how visitors interact with the website. These cookies help provide information on metrics the number of visitors, bounce rate, traffic source, etc.
Advertisement
Advertisement cookies are used to provide visitors with relevant ads and marketing campaigns. These cookies track visitors across websites and collect information to provide customized ads.
Others
Other uncategorized cookies are those that are being analyzed and have not been classified into a category as yet.
SAVE & ACCEPT